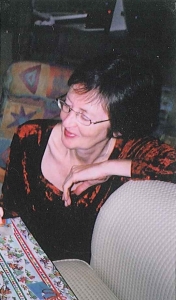 Hello my name is Grace Beima. I immigrated to Canada from Holland in 1972, went back to Holland from Edmonton in 1997 and then moved to the Okanagan from Holland in 2000.

I have chosen to share my story with “One Crash is too Many” after having been involved in 2 car crashes (which were not my fault), vandalism and a hit and run since my arrival here in Kelowna. In Holland it is required by law to have at least a 50 hour course before someone is issued a valid drivers license. I am surprised by how easy it is to get a license here in British Columbia and wish that people would give more care and attention to their driving.

I would also like to share with you the impact that careless driving has had on my life.

The 1st crash happened in July, 2006 when I was rear ended by a truck at a stop light. My new car that I had bought three weeks before was completely totalled. The physical injuries that I sustained were soft tissue damage from having had major whip lash. I don’t believe that the general public understands the ramifications of having Whip Lash. It has had a major impact in my life. I am no longer able to ride my bike or sleep on my back. I used to love to garden, it was part of my life both in Edmonton, here in Kelowna and in Holland but after the crash I was no longer able to bend down, kneel or squat due to my injury. It has been a major loss for me. Perhaps the biggest loss for me was that I was no longer able to pick up the children that I was a nanny for. This loss was not only experienced by myself but for the parents and the that I was working for. It has been a difficult transition for me. My brother in his generosity helped support me financially during this time as I tried to recover. He has his own story of his wife being involved in a major car crash in which the other driver made an illegal U- turn in front of her. This crash took her length and quality of life. She needed a wheel chair to be mobile for the remainder of her life. She died much too soon, 1 year ago. I will also be forever grateful for other friends and my church family that were there to support me through this difficult time.

The 2nd crash happened in 2011. I was driving down town Kelowna and a tire flew off of the vehicle in front of me. I heard a big bang like that of a big bass drum.

At first I didn’t know what happened. I was so very surprised to know that someone would be so careless as to not tighten a tire on their vehicle. I can only be thankful that he wasn’t driving at a higher speed or near pedestrians as they could have surely been injured or even lost their life. The damage to my vehicle was extensive.

The 3rd car related incident was one of vandalism. My car was scratched with rocks by children who were 5 years old and 2 1⁄2 years old. The parents paid for the damage. Although they were children the inconvenience and the time needed to repair the damage were very frustrating.

The 4th incident was of a hit and run. This was most frustrating. It happened when I was hiking up my favorite hiking place at Knox Mountain Park. Every day I like to work on keeping myself as fit and healthy as I can by going for a daily hike up Knox Mountain. I was so frustrated when I came back to find that my car had sustained a hit and run. Someone just backed into my car and then drove away! The stressful and frustrating part is the amount of money and time that it takes to make the repairs.

I felt compelled to tell my story and leave a message to all drivers reading this letter. My message is that you never know the impact of driving recklessly can have on someone else’s life. Sometimes the impact is major and sometimes it is minor but it all adds up! Please drive mindfully and intentionally, please teach your children about how important it is to be responsible with and around vehicles, please take the time to think carefully and please remember that safety is 1st when you make a decision to sit behind the wheel of your vehicle. 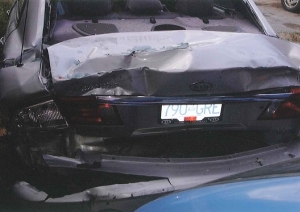 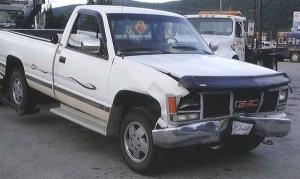